The main use of the watch chain was to simply ensure the security of the pocket watch. The pocket watch emerged in the 17th Century and the style grew in popularity when Charles II popularised the waistcoat in 1675.

Although the watch chain have been in circuit since the 16th Century, the Albert watch chain was introduced much later.

Albert watch chains are named after Prince Albert (1819-1861), who was consort to Queen Victoria (1837-1901). This style of single watch chain has a bar on one end, used to slot into a button hole of a waistcoat. The other end of the chain has a small swivel clasp that attaches to a pocket watch. The swivel clasp allows the wearer to rotate the watch and keep the chain from twisting. In addition to the chain that links the clasp and the T-bar, there is another, smaller, chain that serves as a decorative drop, whereupon a fob, fraternity, lodge symbols, charm,or locket would hang. The smaller drop chain varies in length depending on the Albert chains, and can be connected at different points on the main chain. 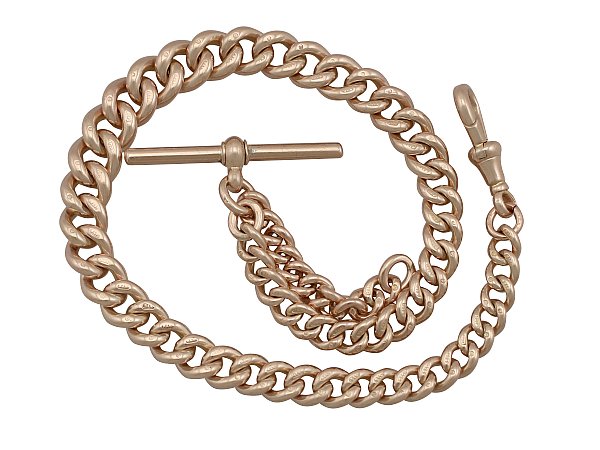 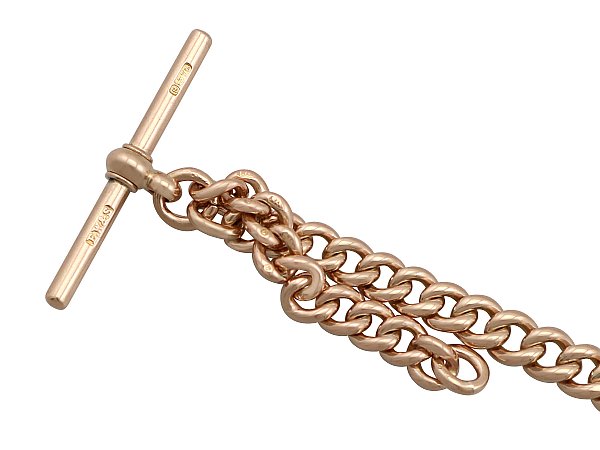 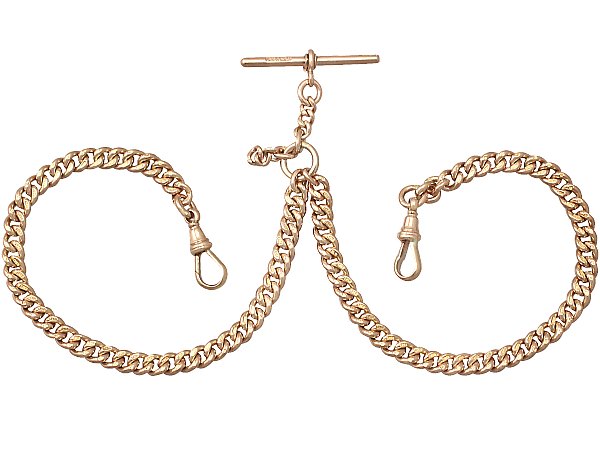 What is an Albertina Watch Chain?

In the Victorian era, Albertina watch chains were often used as pieces of decorative jewellery, rather than for their initial purpose of bearing a pocket watch.

Like the single Albert watch chain, the double Albert watch chain was also named after Prince Albert. The double Albert watch chain is characterised by having two equal lengths of chain attached to the T-bar. One chain was used to hold the pocket watch, and the other was, traditionally, used to hold the watch key to wind the movement. However, in more modern times it would seem that alternative accessories, such as a pocket-knife, a compass, a cigarette case, a vesta case, a fountain pen, and - for today’s gents - a USB stick would be suitable. In addition to the two chains of equal length, as with the single chain example, there is a shorter centralised chain, often referred to as the ‘drop’.

Typically, Albert watch chains are worn with a drape in the chain, as opposed to the chain between the pocket and the watch being pulled taut.

In the Victorian period, Albert watch chains were extremely popular, serving as a must-have accessory for any gentrified male. They declined in popularity with the rise of the wristwatch; however, the Albert watch chain remains a symbol of class and wealth. 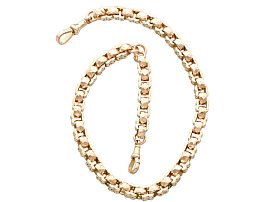 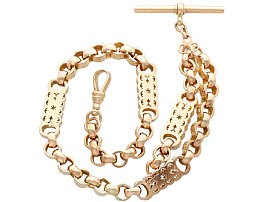 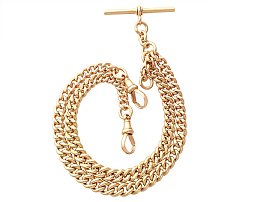 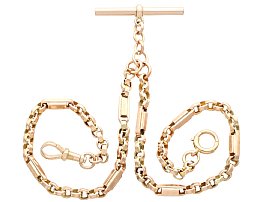 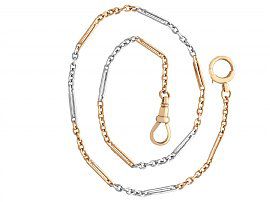 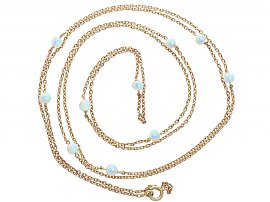