What Is A Crossover Ring?


The crossover ring style has remained popular throughout the ages. The design consists of a band that crosses over at the top, normally set with two juxtaposed gemstones surrounded by extending, curved ring shoulders. In some cases, the shoulders are further embellished with smaller gemstones. In others, the two central stones stand-alone, drawing full attention. There is no set gemstone type that should be seen in a crossover ring, but diamonds are thought to be the most frequently used stone in this design. Often, a diamond will be paired with another precious gemstone such as a ruby or a sapphire to create contrast.

Rings crafted in this timeless style have gone by different names over the course of time. They can also be referred to as ‘twist rings’, ‘kiss rings’ and ‘toi et moi ring’, for example. Their history dates back to the Edwardian era when flowing and undulating shapes were extremely popular under the influence of the Art Nouveau period. At this time, it also became more common for jewellery makers to use platinum in their designs, which lent itself well to more delicate designs like that of the crossover ring. Since this time, gemstone and diamond crossover rings have retained their popularity, and are still exceptionally coveted today. 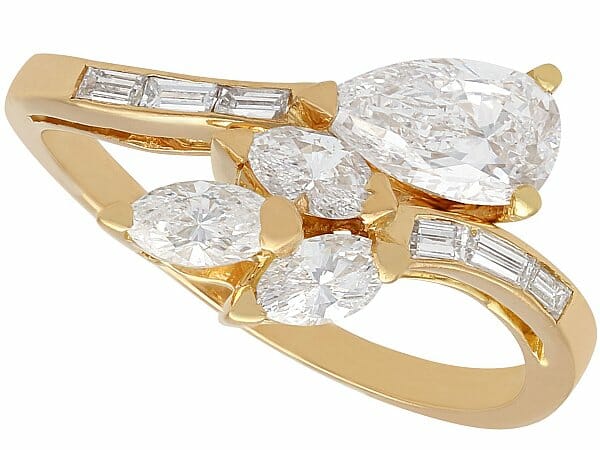 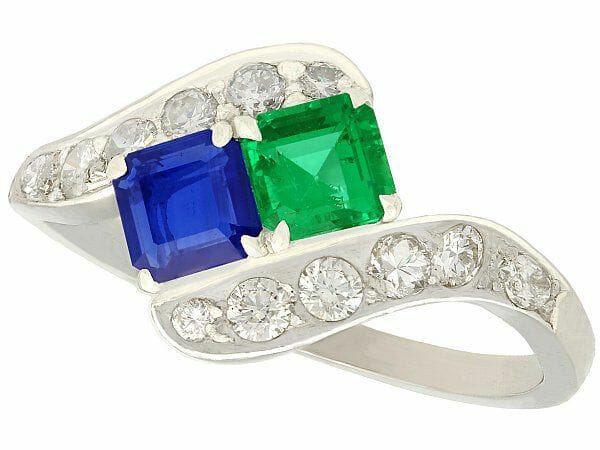 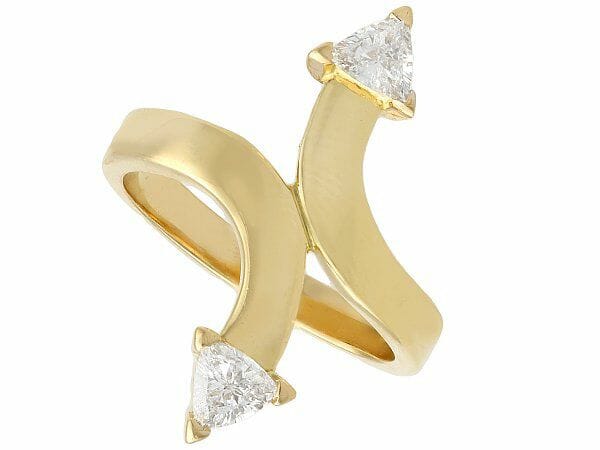 What Is The Meaning Of A Crossover Ring?

Crossover rings are all about romance and unity. This design is believed to symbolise the joining of two people and their intertwining love. The name ‘toi et moi ring’ described this best, with each gemstone symbolising one half of a relationship. The meaning of a crossover ring can also be determined by which gemstones have been used in the design. For example, a diamond, symbolising strength, might be paired with a ruby, symbolising passion, an emerald, symbolising love and protection, or a sapphire, symbolising beauty. Each gemstone pairing can add a special layer of meaning to this beautiful ring design.

If you feel impressed and inspired by this gorgeous ring style, we have plenty of beautiful antique rings available for you to browse here at AC Silver. 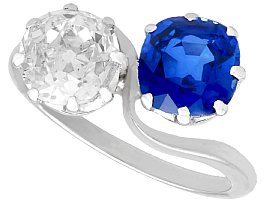 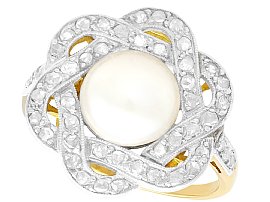 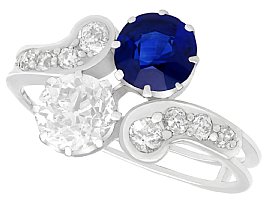 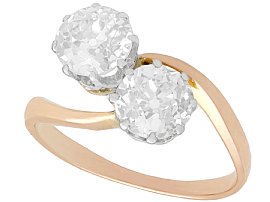 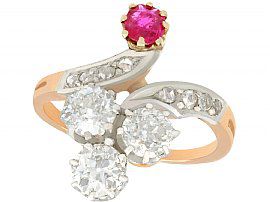