History of the Salver & Tray

What is a Tray

The word tray is derived from the Middle English word ‘treg’ or ‘trig’ meaning ‘flat board with low rim’. Essentially a tray is a flat, shallow container made of wood, metal or a combination of the two, used for carrying or displaying food or drink related items.

The Difference Between Trays and Salvers

Salvers and trays are easily confused, although they are separate items with individual histories and purposes. The salver is a small dish, usually crafted from silver. Mostly, salvers are round in shape, with some being rectangular and few being more unique shapes such as octagonal.

A primary difference between trays and salvers is the use of handles. Trays, largely being used to transport teasets with a lot of individual components, needed handles to be truly effective. Salvers, however, were traditionally only used to transport food for a small group of people, if not just a single individual, and so handles were not required.

The earliest example of a tray that we are able to verify the age of is an Etruscan black earthenware tray, said to date from the 7th or 6th century B.C.E. (Pre-Roman times). There is no certainty the Etruscan tray is the oldest in existence, but it does suggest that the concept of a tray is an ancient one, existing millennia before they became commonplace in aristocratic and wealthy homes. 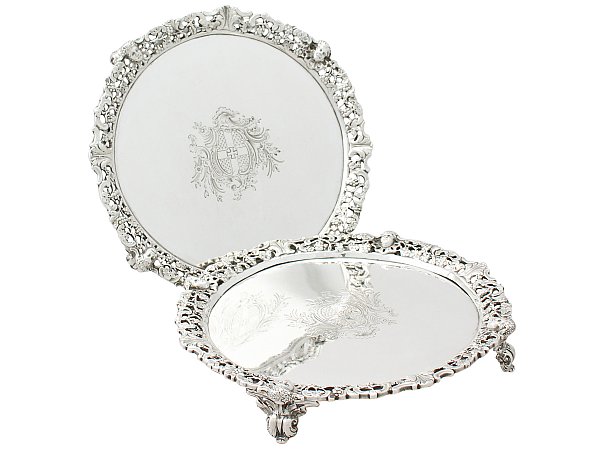 The word ‘salver’ derives from the Latin ‘salvare,’ meaning ‘to save’. The original use of the salver was to indicate that the food served upon it had been tested for poison and was deemed fit for consumption for a royal guest. Having servants taste test foods served at banquets eliminated any concerns that the high-ranking guests might have about their safety, and the so-called ‘silver platter’ is what made the food fit for a king.

Salvers are essentially trays without handles, with some salver designs also incorporating feet. English, Irish and Scottish silver salvers date back to the early seventeenth century. Samuel Pepys (1633 - 1703) is recorded as an owner of a salver, signifying his high social standing.

During the eighteenth century, the popular style of the tray was a plain oval shape, featuring reeded moulding and loop handles. By the nineteenth century, carrying handles were being added to large-sized salvers, to accommodate the increasingly weighty tea and coffee services which were preferred by the members of society with higher social standing. 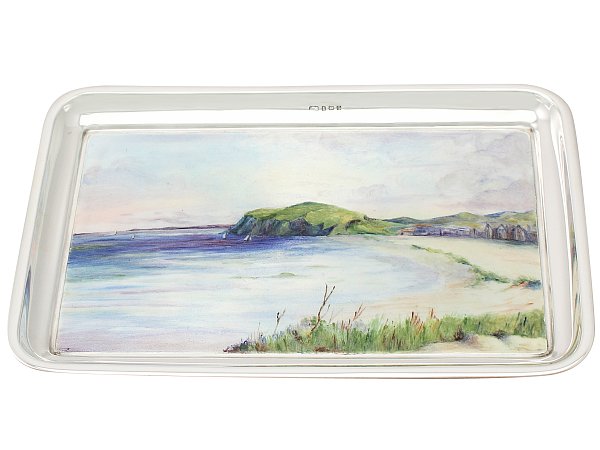 In the early nineteenth century, long, oblong trays became fashionable. Gallery trays -named for their lip or ridge, which was called a ‘gallery’ - were trays made in either wood or metal, with higher sides than the traditional tray.

This provides more security, preventing items being carried from slipping, or tipping off the surface of the tray. Victorian trays were heavily ornamented, to adhere to the style of many pieces of silverware and homeware at this time.


Decoration can vary from heavy, detailed baroque styling to subtle, modern, art deco shapes and styles. At AC Silver, we have a wide variety of types and styles of tray to suit every need and home.

Whether you’re looking for a grand piece for ornamentation, a large, practical piece to use as part of dining service, or a specially decorated piece to use every day, we have a tea tray, a drinks tray, or a snuffer tray to suit you.

As well as silver trays, we also have meat platters, salvers and waiters, tazzas, bread dishes, all contained within the tray category. These all have specific small differences and histories, however they can all be considered forms of tray. 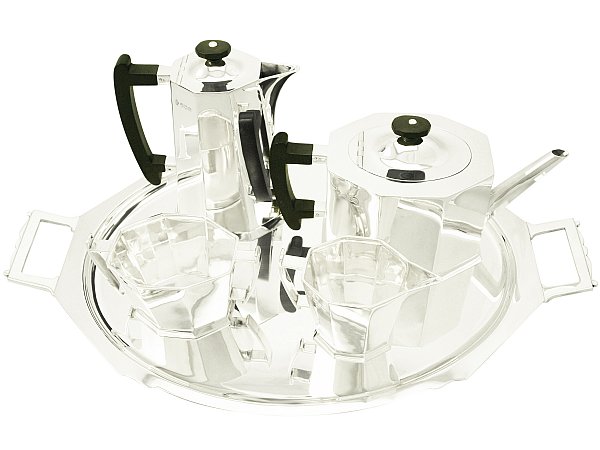 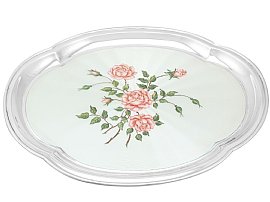 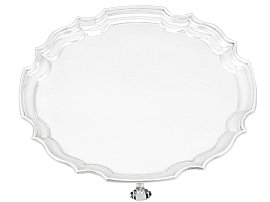 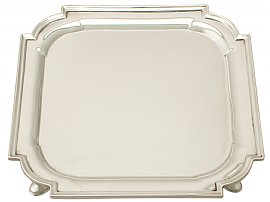 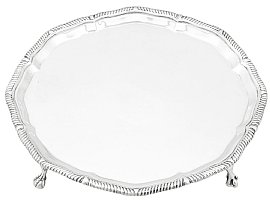 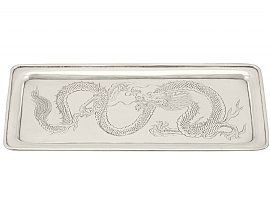